Did you know that California has more native plant species than any other state in the nation? California’s incredible plant life makes it not only one of the most beautiful places on Earth but also among the most important contributors to the world’s biodiversity. That’s why, in 2010, the California State Legislature designated the third week of April to be California Native Plant Week. 2019’s celebration is April 13-21.

Now, we celebrate this important week each year with a wide variety of events up and down the state, including guided hikes, lectures, native plant sales, garden tours, and more!

When you save plants, you save everything else. That’s the message behind this year’s CA Native Plant Week campaign. Native plants provide vital habitat, food, and ecosystem services for pollinators, wildlife, and humans alike. And every plant matters, especially in California, one of the world’s global biodiversity hotspots. Help us spread the word online with hashtags: #NativePlantWeek #CNPS #bioDIVERSITY. Visit the CNPS campaign landing page and see listings for our many local chapter events around the state. 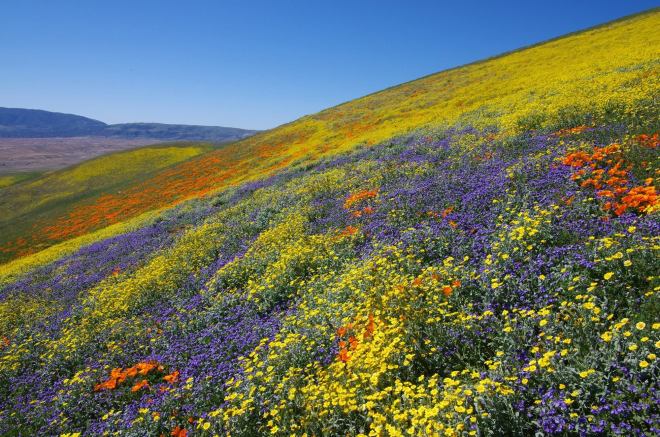 Tejon Ranch in Southern California is under threat by the Centennial development – a proposal to place a city of 55,000 people here despite high wind, fire, and earthquake risk, and the irreplaceable loss of some of our last pre-European grassland habitat.