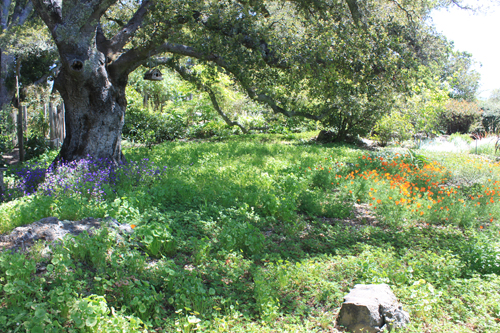 Bart O’Brien is one of the authors of Reimagining the California Lawn, along with Carol Bornstein and David Fross. They are visionary horticulturalists, who also wrote the award-winning book California Native Plants for the Garden. In this program, he will share his passion for water-wise plants and landscapes to help us discover the many possibilities and pleasures that come with reimagining our California lawn and garden.

This talk will cover the basics of gardening with California native plants (What is a California native plant? Why should I be interested in growing these plants? Why are these plants different from the usual plants found in nurseries?) as well as providing examples of some of the most beautiful and useful native plants from some of our best gardens and landscapes. These spectacular plants are then showcased through the prism of our five senses: touch, smell, sight, taste, and sound. 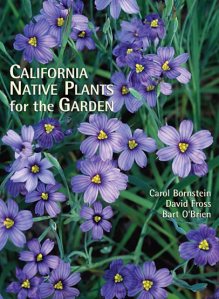 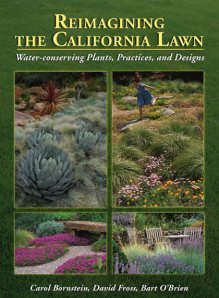 Bart O’Brien is Director of Special Projects at Rancho Santa Ana Botanic Garden (RSABG) in Claremont an educational institution dedicated to research, conservation, and horticulture of California. A fifth generation Californian, he is an authority on the native flora of the state and of northern Baja California, Mexico and is an accomplished collector, grower, photographer, lecturer, and author.

His most recent publication is a 514 page edit of a Percy Everett manuscript which was completed and published online earlier this year (2012) and is titled Second Summary of the Horticulture and Propagation of California Native Plants at the Rancho Santa Ana Botanic Garden 1950-1970. Bart’s ongoing work with the rivers of Los Angeles County resulted in the collaborative publication of the Los Angeles River Master Plan Landscaping Guidelines and Plant Palettes for the Los Angeles County Department of Public Works in 2004, and his Plant Lists for the San Gabriel River Watershed for the Rivers and Mountains Conservancy in 2007.

Bart was named Horticulturist of the Year in 2005 by the Southern California Horticultural Society. O’Brien was listed as one of “The 100 Most Powerful People in Southern California” by the editorial staff of the Los Angeles Times/West Magazine (Aug. 13, 2006). Bart was also editor of Fremontia, the journal of CNPS, from 2006 to 2009.

Also, Bart is currently working on a wide array of native plant projects, including the following:

• Co-curating (with John Wickham of the Theodore Payne Foundation, Carolyn Bennett, and Kitty Connolly of The Huntington) the exhibit When They Were Wild of California native plant folk art at The Huntington’s Boone Gallery in the spring of 2013.